The Duanwu Festival (端午節 Duanwu Jie) is observed on the 5th day of the 5th month of the Chinese lunar calendar. This festival is also popularly known in the West as the Dragon Boat Festival, and to a lesser extant, the Dumpling Festival, because the racing of boats shaped like dragons and the consumption of rice dumplings are the two primary elements that characterize this festival. The festival is also sometimes called the Double Fifth Festival (重五節 Chongwu Jie) because of the lunar date on which it is held (i.e. 5/5). It can also be called the Festival of Extreme Yang (端陽節 Duanyang Jie) because according to Chinese metaphysics, this day happens to embody the strongest Yang energy out of the entire year. Other additional names for this festival also include Festival of the Fifth Month (五月節 Wuyue Jie), Festival of the Fifth Day (五日節 Wuri Jie), and Festival of Summer (夏節 Xia Jie).

There are several theories offered for the origin of this festival, but the most popular one concerns the historical figure Qu Yuan (屈原) (c. 340 BCE – 278 BCE) who was a patriotic scholar and loyal minister in the state of Chu (楚國) during the Warring States period.


Qu Yuan favored a policy of diplomatic cooperation with the other kingdoms of the period as a way to resist the aggression of the state of Qin (秦國) that threatened to conquer them all (the Qin eventually unified all of China and later established the Qin dynasty). He was unsuccessful in getting his king to adopt his policies, and he was slandered and banished to exile after other corrupt ministers convinced the king to believe in their false accusations of him. In 278 BCE, when Qu Yuan heard that Qin forces had invaded Ying (郢), the capital of Chu, he wrote the poem Lament for Ying (哀郢 Ai Ying) in anguish before drowning himself in the Miluo River (汨羅江 Miluo Jiang) (located in present-day Hunan province).


His ritual suicide was done to protest the corruption that led to the fall of his home state. According to legend, villagers raced their boats on the river to search for his body, or they paddled their boats while beating drums to scare away fish and/or evil spirits so that they would not disturb his body. They also threw packets of rice into the river which was either meant for feeding the fish so that they would not eat his body, or as an offering to Qu Yuan’s spirit. Another legend also says that Qu Yuan appeared in the dreams of his friends and told them that he had committed suicide by drowning and that they should throw rice wrapped in silk into the river to pacify the river’s dragon. These are the legends that gave rise to the traditional customs of racing dragon boats (龍舟 longzhou) and eating rice dumplings (粽子 zongzi) on Qu Yuan’s death anniversary that is observed every year on the 5th day of the 5th lunar month.

The legend of Qu Yuan is the most popular story cited as the origin of the Duan Wu Festival, but there are also other alternate stories as well involving other historical figures. One alternate story involves Wu Zixu (伍子胥) (526 BCE? to 484 BCE) of the Spring & Autumn period who was a scholar, loyalist, and military general of the state of Wu (吳國). His advice to avert invasion by a neighboring state was ignored by his king and he was forced to commit suicide with a sword. He told his king to remove his eyeballs after his suicide and hang them up on the city gates so that he can witness the incursion. His body was thrown into a river after his death but he was later posthumously deified as a river deity called the God of Waves (濤神 Taoshen).


Another alternate story involves the filial daughter Cao E (曹娥) (130 CE to 143 CE) of the Han dynasty who drowned looking for her father, Cao Xu (曹盱), a shaman who fell into the river while performing religious rites for the river deity - the former Wu Zixu.


There are also other theories that say the Duanwu Festival was originally an agrarian festival for celebrating the harvest of winter wheat, or a religious festival for practicing dragon worship or averting disease. Other lesser known traditional activities during the Duanwu Festival are displaying pictures of Zhong Kui (鍾馗) (the Taoist deity who catches ghosts and evil spirits), drinking realgar wine (雄黃酒 xionghuang jiu), taking long walks, wearing scented herbal sachets (香包 xiangbao), and hanging up calamus/sweet flag (菖蒲 changpu) and Chinese mugwort (艾草 aicao) (because aromatic plants were used to ward off insects that proliferated as the weather became warm in the fifth lunar month). All these practices have the common theme of expelling negative forces and maintaining good health. 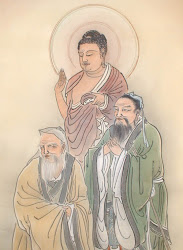